It’s not as bad to me to fail at a shooter because it doesn’t mix with my identity. But it’s worse for me to fail at a very strategic game. But the thing with StarCraft is, I kept coming back to it, but I wasn’t getting any better at it, I thought. And that was very disappointing and painful. Part of me was just like, “I don’t have a knack for this game, that’s just it.”

But the experience itself was so painful that years later, whenever I lost a match on the ’net with someone, I was so upset I couldn’t bear thinking about it. And I actually wasn’t learning the sort of stuff I was supposed to be learning from the game. I was just sort of stuck in this negative loop where I wasn’t necessarily improving. And that’s an important aspect of failure. In a way, it was so important for me not to fail that I put myself in a position where I kept failing.

– Jesper Juul, author of the forthcoming The Art of Failure: On the Pain of Playing Videogames, in an interview @ Kill Screen Daily

Been doing a lot of this recently (instead of actual work, y’know). And I’m still no good at it.

Still a great game. Refreshing my memory before playing part 2.

Here is a two-part video showing the gameplay of all the classes of the forthcoming blockbuster Diablo 3. Seems as if it won’t be released before 2011, though. It better be worth the wait. The gameplay sure looks amazing. 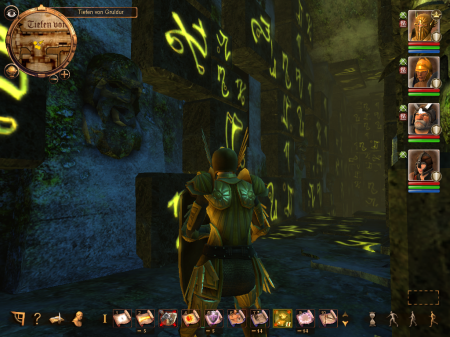 I need to play this.